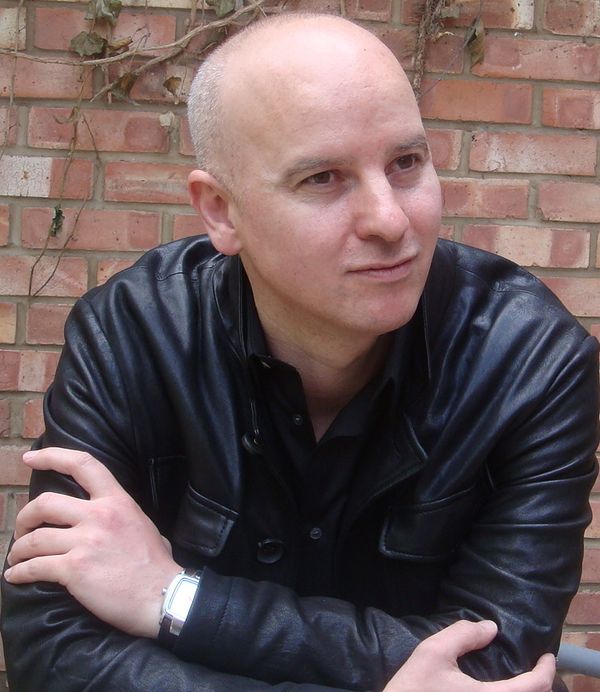 Ask any of the actors, directors or producers from the 86th Academy Awards and they’d all say that behind every great film is a brilliant script. In the first of a series of interviews from those who earn a living from writing we speak to script writer and producer of “The Disappeared”, Neil Murphy, about what makes a great story and how you go about writing one.

Can you tell us what you think makes a good story?

A good story is made up of both engaging characters and a credible universe. It’s a writer’s job to meet the audience’s expectations (especially in certain genres) but also staying one step ahead of them adding in suspense to keep them engaged.

How do you know you’re writing a good story?

You know because the characters take over. You’re no longer writing them, they start writing themselves. They start making decisions and that’s when it gets more credible. Ultimately the characters actions are not the writer’s. You also get a serendipity of plot lines linking up and pay-offs emerging – then you definitely know you’re onto a strong script.

Is it best to write solo or collaborate with others?

On my last script (the rom-com, “Matchmaker Matchmaker”) I collaborated with my sister Patricia.  This was great for developing characters, putting other voices into the script and it also speeds up the process. It can help you know instantly what works. It helps that a co-writer can give you that response. You can bounce ideas off and challenge each other. On Matchmaker Matchmaker I worked with two industry script readers who were highly skilled in giving their feedback and making suggestions. I also did an actor’s table read – where all the actor’s read the script so you can hear the voices and the dialogue of your characters. This helps you to check that your characters have an authentic voice and to know if your story is working and whether there’s any plot holes or errors. I also script read for other film makers and colleagues which helps to provide another view.

What is a narrative, how important is it and how do you go about creating one?

The narrative is the backbone of the film – it’s a mixture of the concept, a storyline, the protagonist’s motivations and the influence of the genre – this can set certain expectations. It evolves from the concept to synopsis and treatment and finally to script form. A good story or narrative is looking for either diversion or understanding. It can provide both. But it must be interesting or entertaining, mixing in some suspense or humour.  The aim of a really good narrative is to suspend disbelief or create understanding.

Are there any tricks of the trade or a formula to follow?

In terms of a formula there are a number of ways you can approach script writing. It usually starts with a concept that leads to a synopsis (1 page). You then go on to your treatment (which normally takes 10 pages) that charts out the story, characters and all the twists and turns. Once you know what stands up on 10 pages you can go on to write your longer script draft which is around 90 – 110 pages. In terms of character, it can help to write out a character background to make them and their actions very real to you. Hollywood often uses the reluctant hero. This helps the audience identify with a protagonist who’s given two calls to action – he/she ignores the first one and responds to the second.  The flaws and contradictions can really make a character. Take Miss Piggy, from the Muppets, she’s a great creation – a combination of a prom queen and a pig. You don’t forget that. And for the plot - the 3-act structure works really well for Hollywood. If you examine how that works - you introduce an idea, tell a story and resolve it. For a more Indie approach it’s good to know the rules so you can play with them.

Do you have any advice to someone to starting out?

Start off by taking a course. It’s definitely a craft you can learn. It also does someone good to get used to criticism, taking good advice and having feedback. Carry a notebook at all times so you never miss a good idea. Read lots of scripts for feature films and shorts just so you can see the structure and how they’ve executed it.  Plus there are institutions like the British Film Institute that offer loads of free advice online, provide an overview of the UK industry and information on funding. Its website also has writer’s network you can join. But there’s nothing better than seeing what works and doesn’t work by actually writing and making a short film. When you’ve executed it and seen it in action you can really learn from that.

Are there any examples of short films with great scripts that we can learn from?

“Wasp” won Andrea Arnold an Oscar in 2003 and launched her career as a writer/director. It has become a modern classic and it is impressive for its characterisation and build of tension. Great music videos can also tell a story as moving and meaningful as a feature film. It’s a good way of looking at the craft in a condensed form. Radiohead’s “Just” – is a brilliant short story well executed.

About Neil Murphy:  A writer/producer based in London and Dublin. Neil has written and is producing a number of feature films, “Matchmaker Matchmaker” being next on his slate. Neil wrote and produced critically acclaimed feature film, ‘The Disappeared’. Described by Film4 as a “solid, thoughtful drama” and an “atmospheric, well-made feature”. The Guardian said: “interesting ideas and some effectively creepy moments…a top-notch cast and his story delivers more than a few shivers”.  Ain't It Cool News declared it "A stunningly atmospheric and intelligent thriller".

4 ways to display social media feeds on any digital service

Many websites have a Twitter or Facebook Page feed displaying the latest posts, but did you know that you can combine content from multiple social media channels in one place and display the social media feeds with your brand look & feel?