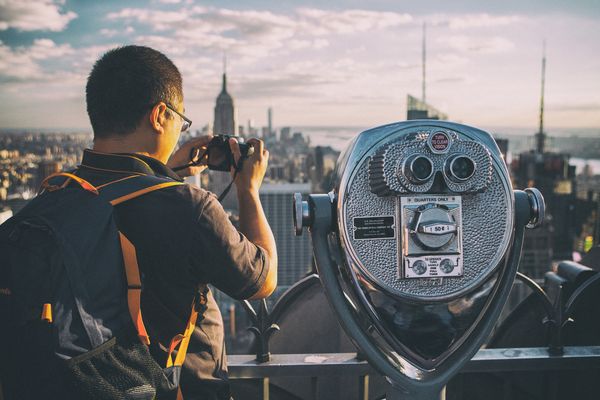 The best apps are the ones that have been designed with the sole purpose of making end user’s life easier, smoother or more enjoyable. The apps that have maximised functionality – such as incorporating GPS, NFL and usefulness into the design – are the ones that people get the most out of.  A smartphone user, on average, engages with 26 apps a month, says the latest research from Nielson, and spends just over 30 hours using them - with the most popular apps being photography, entertainment, news & information and search.

Out of the 26 apps only some will be revisited time and time again, many of the others are one-offs or are being abandoned in favour of the next/latest game or trend. The commonalities between the core apps that people revisit are functionality along with relevant content. They also are the ones that have been designed to focus on what really matters for the mobile users. We believe there are three core traits that make an app successful, these are ones that:

Apps that work on the principle of making the end user’s life simpler and easier are the ones we admire the most. Our newly launched app, where you can create content on your mobile and upload it to your blog or website whilst away from your desk, does just that. Its automation function enables users to make updates on the go, from newly crafted content through to social activity, which is a very simple way of keeping their blog fresh.

We love Kayak’s app: working on the same principles as ours its design has really captured what the end user (the traveller) wants – information about where they are now (such as airport maps), where they’re going (travel guide style info & practical bits like hotel location “taxi view) with a bit of light hearted entertainment thrown in for fun (we especially like the in-flight GPS tracking system that tells you the altitude you’re flying at, the speed of the plane as well as the local time). This intuitive, simple but effective design makes it a one-stop shop for all things travel related – from finding the best deals on hotels, flights and car rentals in real time, to flight arrival & departure times, to real time prices comparisons on pre-selected flights. The app’s designers have really demonstrated that they understand their end user’s situation and thought about everything they may need whilst they’re travelling. Plus its desktop version offers users an equally solid experience too.

Functional simplicity is the core driver behind our new app. We’re waging a war against old legacy systems that are hard to use. We believe you shouldn’t have to have an “early adopter” mindset to be able to use an app. That’s why we’ve designed our app to be as simple and straightforward to use as possible, making it accessible for everyone.

We love Clear’s app: for this very reason. It’s simply a “to-do list” app – that does its job very well. Users can swipe, pinch and pull to create lists and add and delete items easily. It’s simple to navigate. Plus you can save your lists remotely so they’re updated on multiple devices. The lists can be categorise and programmed to remind users to do what’s on them. There’s a reason why this app regularly makes it into the “top 20 most used app” lists – because it’s useful, straight forward to use and actually works. Its designers have really thought about the gestures a mobile user makes when interacting with its device – so the swipe, pinching & pulling features enhance the experience for the end user. The subtle heat-map style colour coding, that prioritises what’s on each list, is a great visual element to the design. There’s nothing complicated about the functionality of this app – which makes it a much returned-to place for the hyper-organised smartphone user.

Makes it easy to read

There’s nothing worse than having a busy, cluttered home page that confuses or puts the end user off reading your content. If you’ve gone to all the effort of crafting unique and engaging content but then upload it to a page that’s busy or hard to navigate users will switch off. Our app is designed to show off your content at its best – there’s nothing fussy, confusing or busy just a great place for your users to read and engage with your media.

We love Medium’s app: for its simple, modern and beautiful design. Twitter’s long-form blogging companion’s app has been created for those simply wanting to read content on the go. It’s been described as a ‘kind of YouTube for text’. The app also lets you share articles you like through Twitter, Facebook and email.  It also has handy functions – like the way it tells you roughly how long it will take you to read each story and intuitive navigation – like using the swipe gesture to flick through stories.